Earlier in the month, I posted a picture on social media comparing fantasy football team points compared with their draft position.

Would you believe 4th pick is the worst spot in a fantasy football draft? Early data I’m acquiring is painting that picture #fantasyfootball pic.twitter.com/z8z7Zebgiv

I thought I found a clear pattern that could help fantasy football managers use data to understand that the 10th pick is actually not that bad in a snake draft.

The plan was simple. Download samples from 2008 to the present on fantasy football and create a quick “fact sheet” for people to use going into the draft. Once I got more data I realized my original plot was lucky and simplistic.

The real data is far more dependent on the quality of players. 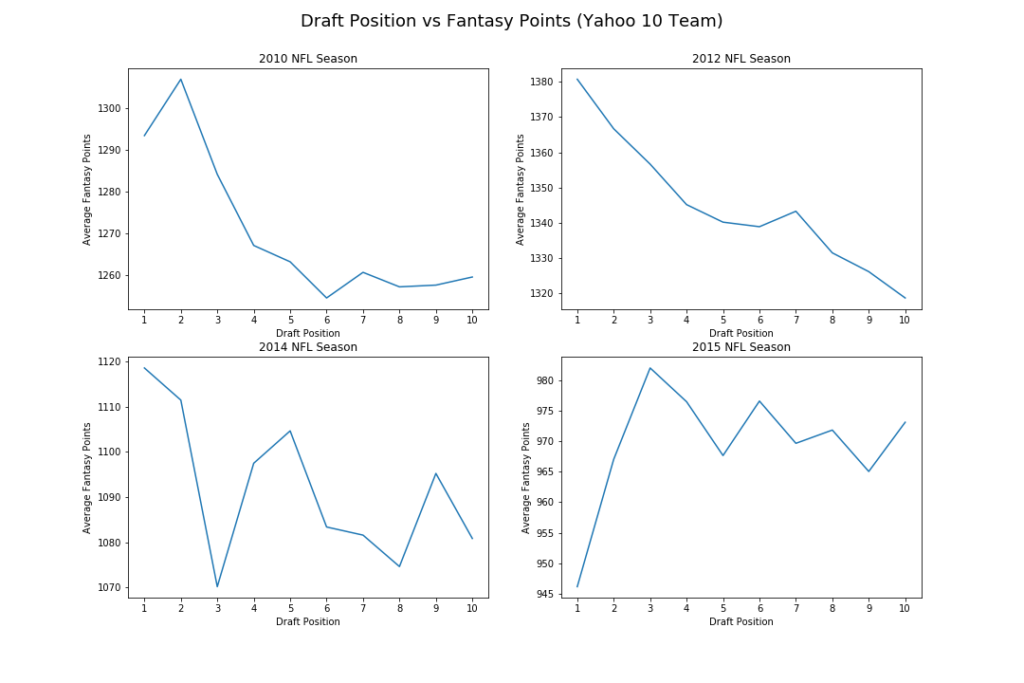 In the 2014 season, the first pick was right but in 2015 Le’Veon Bell, the consensus first ranked pick, went out for the season with a torn MCL.

Draft position is a lot more nuanced than I first thought. To do solid analysis we’d need data on pre-draft rankings and fantasy player scoring. It’s out there but would take a while to acquire 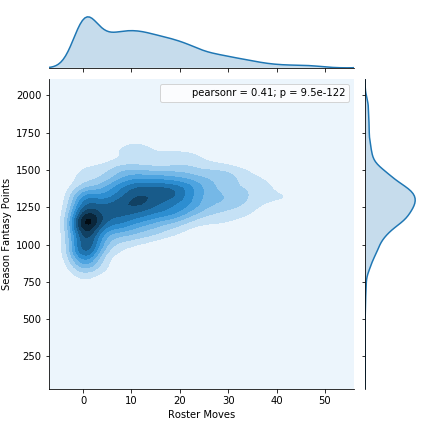 Like I said, I was hoping to use the data to learn more. I think it’s possible to go more into draft results but you’d need data[2]Read my sports data guide on how fantasy players performed versus pre-draft rankings (Here’s a good place to get started http://fantasyrundown.com/2016-fantasy-football-rankings/ change the year in the url to see more).

If you want to take a look at the data yourself