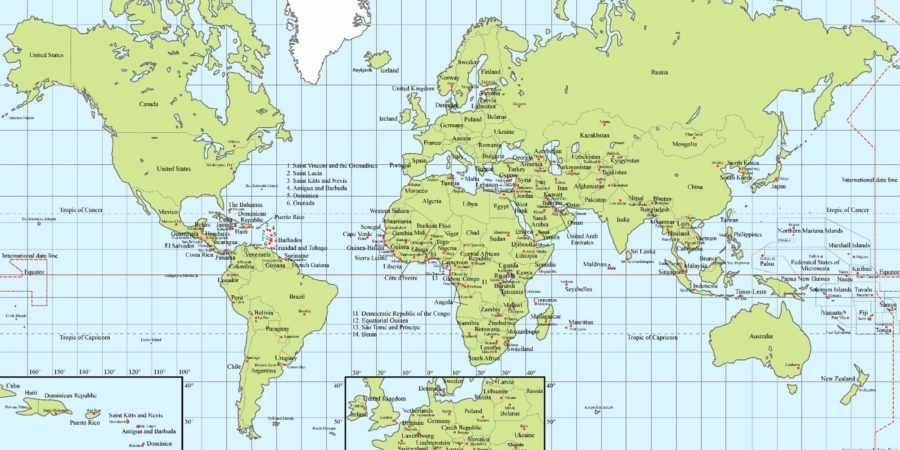 I like to watch a lot of cooking shows. A while back I saw Ed Lee in Mind of a Chef say he likes get inspired by looking at places at the same latitude to draw inspiration.

Kentucky and South Korea are actually on the same latitude so this definitely fits for Chef Ed — he’s a Korean-American living in Kentucky after all.

Applying the same rule to Chicago puts me at a similar spot to Rome, Romania, Mongolia, and even the northern Japan island of Hokkaido. But what about treating north and south latitudes as the same? I was inspired to create a map just like that.

See the Github — the source image I used is not perfectly scaled for north and south latitudes using the same pixels but close.

For Chicago the results aren’t too exciting. We share our equatorial distance with Patagonia, Tasmania, and New Zealand. I was most surprised how close Antarctica is to the equator. On the same line as Northern Alaska and Northern Canada.

Is Latitude a Good Model?

If you think about why Ed Lee uses latitude you would probably think about it as an approximate way to find places with similar climates and therefore similar potential cuisine. Looking just at Chicago’s equatorial distance the temperature approximation seems good but there’s issues with global weather patterns, ocean currents, and elevation. Tasmania and New Zealand are much more temperate than Chicago.

But there’s some factor latitude handles perfectly, solar calendars. The day lengths for places at the same equatorial distance are the same but shifted 6 months. In the USA we don’t think about day-length differences much, Florida has less potential sun then Chicago but the intensity difference is huge! Also, Alaska is a very sunny place… in the summer.

Eastern countries like China and Korea historically have had more solar driven holidays and these have certainly impacted the food through celebrations. Using latitude captures this solar relationship but its effect on cuisine is dependent on the culture.

At the end of the day, latitude and equatorial distance are a good approximation for climate and food. Clearly it’s not perfect but that’s not important. The more I’ve learned about chefs and people in general is constraints and a mission can actually make things easier. For instance, take Faviken. Chef Magnus Nilsson has restricted his restaurant to food available nearby in the heart of Sweden, a cold and remote place. In spite of this, or perhaps empowered by it, he has been forced to dig deep into food preservation and foraging. In spite of limitations Faviken is a world renowned restaurant and heralded by one of the best chefs in the world, Rene Redzepi.

I’ve been impressed with the ability and success of creators to excel in spite of what most people would view as a limitations. Faviken is a world renowned restaurant in the middle of “nowhere” Sweden but uses its limitations as central point of inspiration. Trying to be the best possible is exhausting and Faviken proves this is an unnecessary effort.

As another example think about Jimi Hendrix. He didn’t complain about all the guitars being made for righties when he was a leftie. He didn’t keep searching for a left-handed guitar and sit around waiting. He accepted a right handed guitar, strung that strat backwards, and became a guitar legend.

Accept models for what they are and use them to your advantage to get shit done. People have done more with less. Whether that “more” is in the pursuit of leisure or trying to best restaurant in the world you can do it.